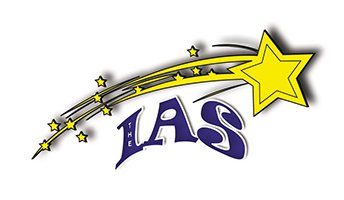 Professor Leigh Fletcher is a planetary scientist at the University of Leicester, specialising in the exploration of our Solar System’s giant planets via robotic spacecraft missions, ground-based astronomical facilities, and space telescopes.  He earned a Natural Science degree from Cambridge, a PhD in Planetary Physics from Oxford, and has since worked as a NASA fellow at the Jet Propulsion Laboratory and as a Research Fellow at Oxford. He was the recipient of the 2016 Harold C. Urey prize for outstanding achievements in planetary science by an early-career scientist, awarded by the Division for Planetary Sciences (DPS) of the American Astronomical Society. He is a team member for the Cassini mission to Saturn, the Juno and JUICE missions to Jupiter, and is a passionate advocate for future exploration of the distant Ice Giants. He currently leads a planetary atmospheres team at the University of Leicester, funded by the Royal Society, STFC, and the European Research Council. You can follow his research via Twitter.

The James Webb Space Telescope (JWST) is the most complex and ambitious space telescope ever launched, and is set to provide unprecedented new views of our universe in the infrared.  Its exceptional sensitivity and spectral coverage allows JWST to access environments that were too cold, too distant, or too faint for even the venerable Hubble Space Telescope. It provides a valuable new facility for comparative planetology, able to explore the Solar System from the primordial building blocks to the major planets and their satellites.  I will explain the scientific potential of JWST for planetary exploration, revealing the first observations of Jupiter and its moons; discussing how JWST will study the chemical factories in the atmospheres of Saturn, Uranus, and Neptune; the active geophysics and surface composition of planetary satellites; and trace the evolution of objects from asteroids, to TNOs and Centaurs, to objects in the Kuiper Belt and scattered disc.  I will describe the challenges that JWST faced in reaching its lonely outpost at L2, and how UK scientists and engineers (including those at the University of Leicester) led the development of the MIRI instrument